In the globalization of world Google has a major or we can say most dominant role. Google has replaced everything from the term “searching” to reCAPTCHA. Seriously, how many of us  depend on books or consult a professional to get some information about any thing? Google has almost conquered everything on web and  has  not stepped aside when talking about  mobile phones. In fact, the Android operating system by Google has given a tough competition to iOS. While iOS runs only on iPhone the Android is available on a variety of handsets designed to meet personal preferences of each individual whether in terms of budget, luxury or sophistication.  So, here in this article we will introduce you with some of the best Android phones made up to-date. 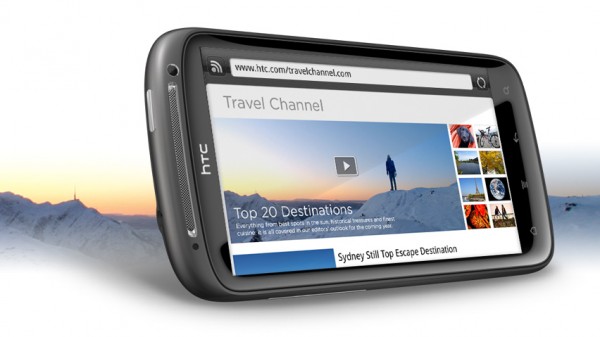 HTC the developer of previous News for month mobile phone Pyramid has recently launched it’s coolest and most powerful device they have ever made which they have named as HTC Sensation.  The Sensation has a 1.2GHz dual-core processor with 768MB of RAM and features Android’s latest 2.3 aka Gingerbread version with HTC sense 3.0.  The new version of Sense has a spruced-up Walls system, too. Rather than having to flick back and forth between your walls, as you do in the stock Android operating system, you can flick the Sensation’s screen to make the walls spin. The effect is a bit reminiscent of a rotating carousel. It has a 4.3-inch (540 x 960) Super LCD screen with great color ratio which gives the pictures and videos an elegant look. The qHD screen makes watching movies a great fun and to add to it’s prodigy  you get consumed by the Hi-Fi audio technology.

The main camera is a 8 MP with LED flash capable of capturing video of max 1080p resolution at the rate of 30 frames per second. The camera software has and extra feature of Instant capture Camera; which means your camera enters its viewfinder mode as soon as you press the Camera button. Speed-wise, this HSPA+ device promises download rates as fast as 14.4 Mbps. As for Sense, the Sensation also ushers in various tweaks to the company’s UI, including customizable lock screens, 3D transitions, an improved weather app, and HTC Watch, the service introduced with the company’s Flyer tablet that lets you download DVD-quality movies. [Product Page] 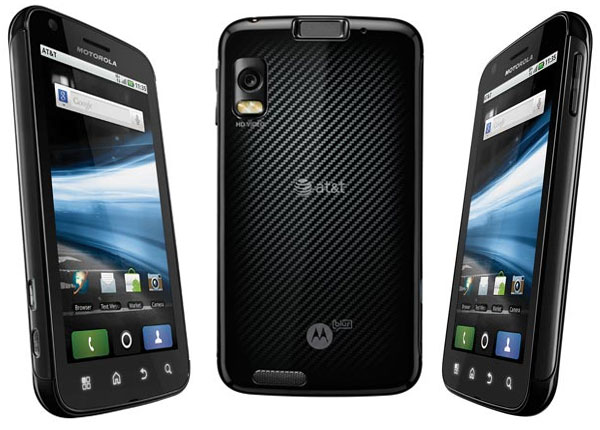 You might be familiar with this phone as there are many commercials portraying this phone as a mini Android Computer made functional and easy to use by adjusting the phone in a doc. The phone is in-fact the first to be branded as “4G” by AT&T. The main highlight of the phone is its extremely fast  two 1GHz cores processors. The processor makes web browsing, video streaming and multi-tasking very smooth.

The front of the camera has a 4 inch qHD (Quarter High Definition) touchscreen display, with a set of physical buttons beneath the screen for menu (contextual), home, return, and search. The clarity of the screen is quite appreciating and the width is satisfactory.

The Motorola Atrix uses Android 2.2 (Froyo), not with the more recent Android 2.3 (Gingerbread). So the phone does not support SIM calling, near-field communications (NFC) for mobile payments, or the enhanced front-facing camera technology that Gingerbread offers. Still, Android running on the dual-core processor is a very nice (and responsive) environment to work in. [Product Page] 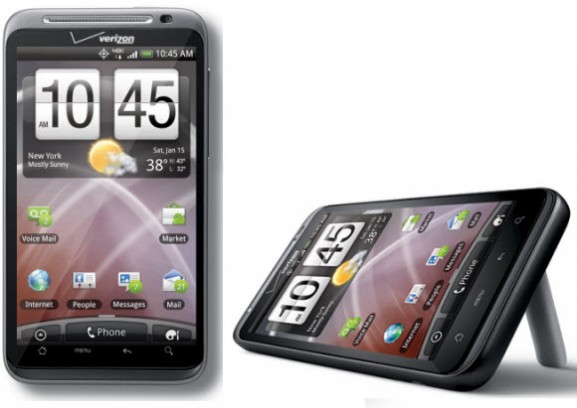 The HTC Thunderbolt is the first and the only phone till now which  can connect to Verizon’s lightning-fast 4G LTE network. The size of the sell phone is comfortable for those who are familiar with smart phones, otherwise it can be pretty horrendous for the people who have shifted from smaller phones. The ThunderBolt’s 4.3-inch WVGA screen gives you ample room to maneuver your fingers while touch-typing and navigating Websites when you’re on the go. However, when you are outdoors the screen glare makes it hard to use the phone with ease.

The back has a decent 8 mega-pixel camera which captures good quality images and is very fast and easy to use. The front has a 1.3 megapixel camera. The software is very sophisticated for good than the default Android. Although, some of the features seem to be copied from iOS. Overall, the Sense UI is a great OS for this perfect smart phone. [Product Page] 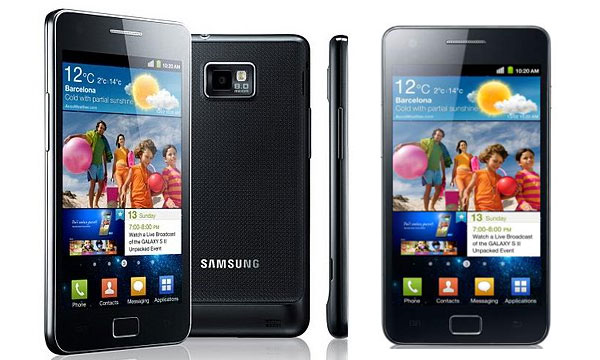 The Samsung Galaxy S 4G offers almost all the same features as that of the previous phones discussed. But the main catch of the phone is it’s exuberant 4-inch AMOLED touchscreen. The AMOLED display  provides better contrast, colors, readability, slimmer design and awesome battery backup. The display has a high contrast ratio which enables you to clearly differentiate between dark and light. It has a better color gamut and apparent 80 per cent reduction in power over the first version of the screen, all in a 2.1mm footprint, offering you a vivid viewing experience. It also has an ultra-fast response time, which aces for smoother graphics. All these features combined give you a feel of PC in your palm. 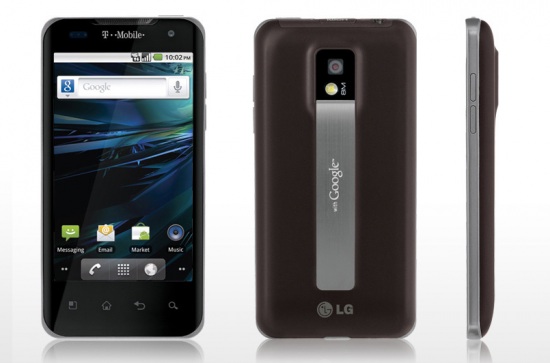 LG’s latest entry in its G-series of Android phones and tablets, the G2X  is a multimedia beast with an NVIDIA Tegra 2 dual-core processor, HDMI-out and 4G speeds.

The G2X has essentially the same design as LG Optimus 2X, but comes with HSPA+ power and does not have LG’s proprietary interface running atop Android. Besides those differences, and of course some branding from T-Mobile, the G2X is virtually identical to its international sibling.

Te performance of the phone is great with it’s NVIDIA TEGRA 2 Dual core processor which in particular makes the gaming experience great on this phone. The phone design is quite basic but elegant and 4G runs very fast on the phone. The scrolling is smooth and apps launch quickly. As for the 4G the G2X is much better, achieving download speeds of 4.23 mbps for downloads and 1.12 mbps for uploads. [Product Page]