Plenty of tech headlines this year talked about one big thing – 64-bit processing for Android, but we’re almost at the end of the year, leaving very few months before we walk into what could possibly be the very first proper year for 64-bit CPU powered Android devices. Despite this, the actual benefits of this newly mentioned technology has not really been explained properly. Many websites talk about the coming of 64-bit for mobile, but what does that actually mean? In this article, we will be uncovering the truths to find out what a 64-bit mobile CPU actually means for the industry.

If we could imagine that all current smartphone CPUs were upgraded to 64-bit processors, and the software was also updated to support this change, what difference would we actually see?

Without getting into too much detail, the changes in the new 64-bit chips would see the majority of CPUs take an upgrade. Currently, the ARM architecture is one of the most used in the industry, and many chip makers, such as NVIDIA and Qualcomm, base their designs on the ARM architecture laid out for smartphones.

The new ARM AArch64 architecture will be the first generation of mobile CPUs to offer this 64-bit processing. Whilst those less technically inclined may assume that the 64-bit means more or even double the hardware capability of a 32-bit chip, this is far from the truth. When it comes down to fact, we will notice a difference in performance, but this is mainly due to how the new architecture has been created.

We’ll see more optimized performance, and most importantly more battery saving potential. Funnily enough, this is exactly what each new 32-bit CPU has managed to achieve each year.

As for the actual 64-bit part, this basically means the CPU can process a larger stream of data at once – sounds good, right? On paper, yes, but programs and software needs to be developed to support this, and even in today’s era where nearly every PC runs a 64-bit CPU, we still do not see many programs that cannot be run on both 32-bit and 64-bit. For mobiles, we are doubtful we will see many 64-bit exclusive apps that make use of the computing power for a long time.

Our verdict: Yes, 64-bit architecture would make an improvement in overall performance and battery life, but only because the architecture has been developed better. All other benefits cannot really be seen on our smartphones, especially considering most Android devices already have more than enough hardware than they can handle. 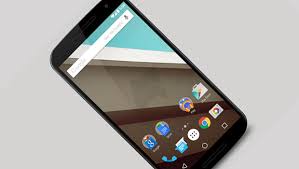 So, now that we know a little bit more about what a current generation of 64-bit mobile computing would look like, what can we expect from 64-bit processing for Android in the future.

Explained above, we went into a little detail about how 64-bit processing could be beneficial for devices, however it wouldn’t be until software has been designed to specifically make use of this before we see any real change. For the next few years, We expect that basic smartphone functionality will become quicker – using basic apps and browsing our phones will be nippier than ever, but besides from these changes, we won’t really see any major improvements until much later.

Our Verdict: For the first few years, 64-bit processing for Android may help smartphones to deal with basic tasks quicker, but any other benefits may not be seen for at least 5 years.

Is 64-bit worth getting excited about? Right now, no. But mobile hardware and software improvements will continue at a steady pace just like they have done for the past few years, which means we do have a lot to look forward to in the future.