Android pushed the Smartphone market with its humongous features and plethora of apps, which only became possible because of the freedom that its open source nature provided. With every passing day Android is becoming more famous and in reaction more and more people are trying to make some money by trying to contribute in this giant Android Market.

Which Programming Language Does Android Support? 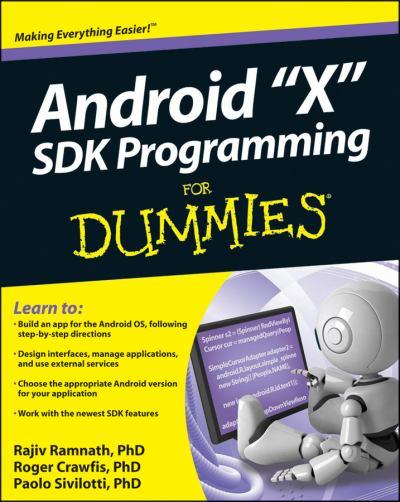 At the launch Java was the only official programming language for Android but the with time more and more Programming languages have been used to as Android Programming language. The Android Native Kit allows developers to use C and C++ to built Android Software components. Google also recently extended the Android support to popular dynamic scripting languages perl, JRuby, Python, LUA and BeanShell. Such Languages can be run using Android Scripting Environment (ASE). The Basic Idea of using an ASE is that it allows you to directly use your Android Device to edit, execute script and interactive interpreters. | More Info

How to learn an Android Programming Language?

The most resorted language for programming Android Apps is Java and the steps involved in learning Java can also be employed for learning any other language. You can learn Java either by buying and reading quality Java programming books  like Thinking in Java By Bruce Eckel, Java All In one For Dummies By Douge Lowe, Programming: Introduction to Programming Using JAVA

By  David J. Eck etc. Alternatively, you can join colleges or coaching classes to learn Java or you can ask someone more adept in Java to help you get started.

Where to Write Android Programming Code?

Once you have finished learning an Android Language, preferably Java, you can write the code for your Apps in IDE (Integrated DevelopmentEnvironment). There are a lot of free IDEs available on the internet and all of them do the same stuff efficiently, but nevertheless there is always something different about the favorites like Eclipse, NetBeans, or Geany. After you choose the Ideal app as an IDE, learning your way around the app with some extra tips will potentiate  your Programming efficiency.

The Java SDK and Android SDK

JDK or Java Development Kit is a requirement for coding in Java and you can download it from Oracle’s website  and start coding using Java. The JDK is not the end, you will now need Android SDK before you start making your Android Apps which can be downloaded at Android Developer website.

Developing Your Own Android Apps

You can dispose the knowledge you have gained till now in this post and start learning Java if you already don’t know it. Once, you have gained experience in Java you can begin with developing simple Apps for Android like an app that writes text on the screen, eventually with practice and perseverance you will be able to develop more complex apps or any app you desire. Once you have made an Android App that you desired you can submit it in Android App market where you will have to create a developers profile, deposit $25 as registration fee and start submitting your Android Apps.