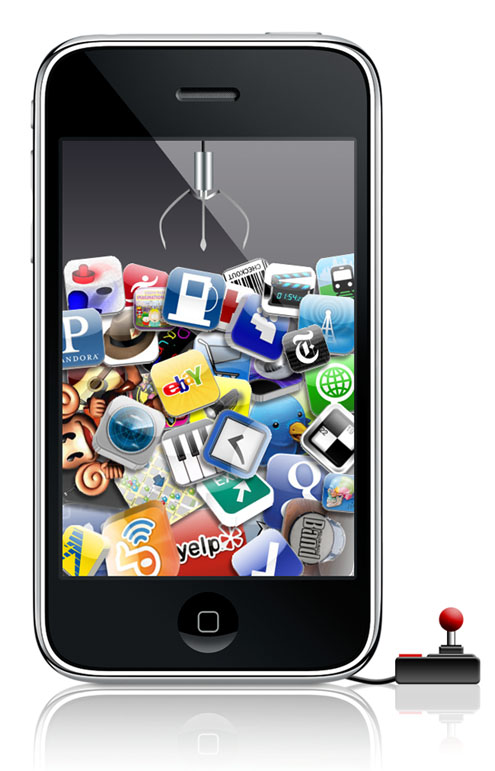 The iPhone is the King of Cool, the Sheikh of Chic, the Madonna of must have gadgets at the moment, and for those who want a superior mobile experience this is largely because of the wealth of software that is available for the iPhone. Thanks to the innovative and much lauded App Store, which allows you to buy and download one of thousands of inexpensive or free applications directly to your iPhone, the things you can do on the go is limitless. Here`s an ice cold, drop dead useful and fun top ten iPhone Apps.

The iPhone is such a popular and useful platform for apps for a number of reasons. Firstly there`s the 3G connection that allows fast downloads to make browsing and installing apps easy. Then there`s the powerful processor, large on board storage of either 8GB or 16GB and of course the accelerometer that allows you to tilt, shake and wave your i Phone around to interact with various apps. Finally the touch screen can register multiple simultaneous touches allowing for intuitive, easy to control interfaces.