Twitter is a micro-blogging site and was created in March 2006 by Jack Dorsey and launched in July, the same year. The basic concept of Twitter is to be “the SMS of the Internet.” which in essence means that the users are required to register after which they can post anything within the text limit of 140 words but unlike an SMS, the content called as a Tweet – is rapidly posted by users and can be accessed by millions of registered as well as unregistered netizens.

The content can then be re-tweeted by followers of the person who just posted the Tweet, this consequently forms a chain reaction and thus a simple thought rotates around  the world within a few moments from the time it crossed your mind. Besides the simplicity of this concept, it gained wide recognition and fame in a short time and as of 2012, Twitter is recorded to have 500 million registered users, generating over 340 million tweets daily and handling over 1.6 billion search queries per day.  This quite itself means a huge investment has been put into Twitter but as they say – “There is no such thing as a Free lunch” – the question that intrigues most of the Users is just “How exactly does Twitter make Money “.

Almost everything on Internet is run by advertisements and that is quite evident from banners, videos, images, etc., sewn into every website including Google, YouTube and Facebook, but no such thing can be apparently seen on Twitter, which of course does not mean that Twitter runs on philanthropy. This is further backed by the fact that recently Twitter was speculated by New York Times to be Worth More Than $10 Billion. In this post we are going to show you the different way Twitter uses to Make money. 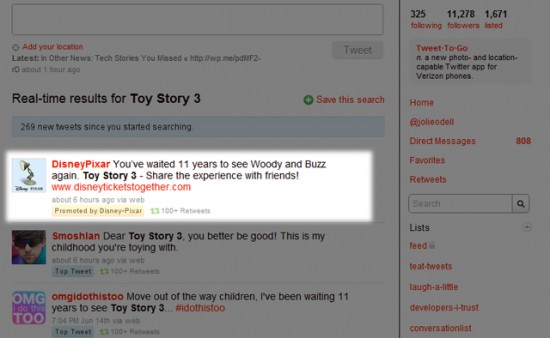 Just like Facebook, where you get Promoted Posts when you use Facebook search, Twitter also brings up promoted Tweets when you search for something within Twitter. This “Promoted Tweets” strategy was publicly announced in April of 2010, wherein companies were offered to invest and these Tweets would show up whenever anyone would look for related terms. This strategy turned out to be a huge success for Twitter and companies as well because within a short span of time companies like Sony, Best Buy, Red Bull and Starbucks signed up for the programme. 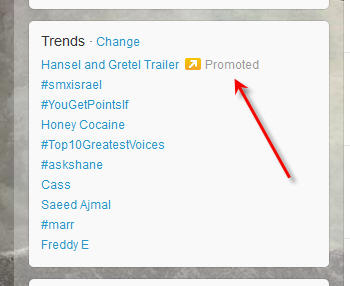 Another method that Twitter uses to make money is to include promoted trends in conjunction with actual trends. The promoted trends are differentiated from genuine trends by a diminutive promotional symbol located just next to it. These trends are clearly visible to huge audience and businesses/individuals pay big money to get their Tweets trended up.

Promoted Accounts show up as suggestions on your ‘Who to Follow’ tab, this in particular is advantageous for Account holders as this technique allows them to target a specific portion of audience based on who they follow, What they Tweet and what they search. Companies, Celebrities, Foundations, TV Show hosts etc particularly invest in such accounts to get noticed and augment their fan base. 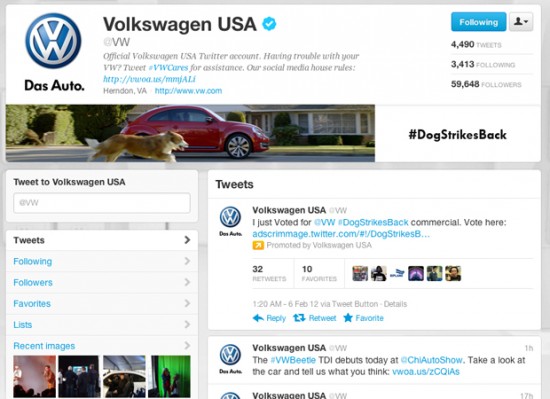 Enhanced Profiles is a more recent trick that Twitter pulled and they charge a few thousand dollars for these profiles. These profiles and the features there-in can be used for visual, audio, Video advertisements, or can be used to highlight Tweets, add visuals to Tweets and enhance their ads.

Celebrities sometimes pay up a humble sum of $15,000 to get their profiles verified and authenticate themselves on Twitter.