Google Glass has all sorts of potential, but Google’s latest tech gadget now has a new use set in stone: surgery. Google’s tech glory has now put an Indiana hospital on the map, and made the hospital the first in history to use Google Glass while performing surgery on a patient. 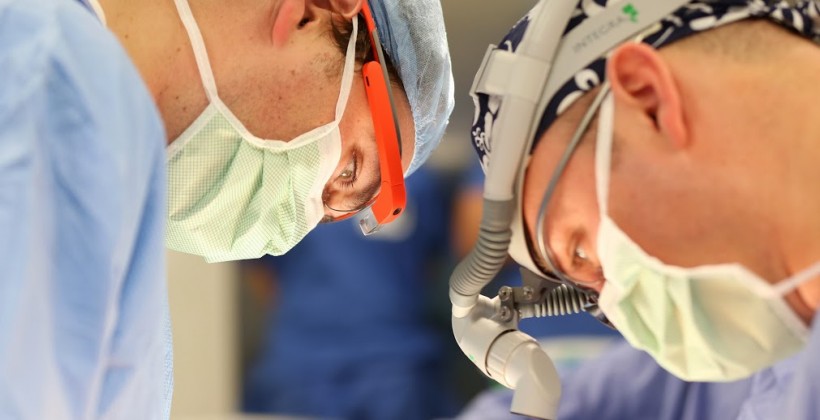 According to a news release, the Indiana University Health Methodist Hospital in Indianapolis made history recently when IU Health trauma surgeon Dr. Paul Szotek and Dr. Jeff Browne used Google Glass to remove a mid-section tumor from 45-year-old runner and father Brian Hume as well as repair Hume’s abdominal wall. The procedure lasted four hours, and Google Glass allowed both doctors and their medical team to pull up Hume’s MRI scans and X-rays so as to see the size of the tumor as well as its location. The surgery proved successful, and Dr. Szotek offered his view of how Google Glass can help doctors in the future:

This ‘Star Trek’ technology could really have a major impact on how we practice medicine. The device offers a number of exciting potential applications for patient care. I really think this could transform both what we do and how we do it.

Google Glass consists of a titanium frame as well as a small computer over the right eye of the user, and Google recommends that Glass not be used for long periods of time when out and about on the street. While Szotek believes that Glass could be used to help doctors receive X-rays of bodily injuries immediately when an accident occurs and to determine the extent of tumor cells while maintaining healthy cells in the body, at least two Google Glass developers have abandoned Glass in recent days because they believe Glass to have caused massive headaches.