Google Glass was once a patent on paper, then turned into a live product available for exclusive Google Glass developers, went on the road for tours (places such as Durham, NC), and has now been cleared for those who have vision insurance. Yes, your insurance provider will cover Google Glasses, and it is likely that you will have a pair of Google Glasses by the end of the year. 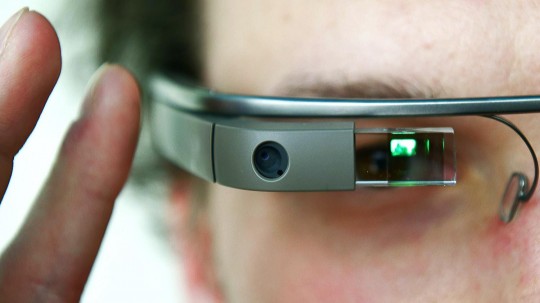 This is all exciting, but the New York Police Department (NYPD) has already beaten you to the geeky tech item. The NYPD has signed up for the Google Glass Explorer program, and purchased their first pairs of Google Glasses for $1500 a piece. Many consumers are hopeful that, with insurance coverage, they could pay as little as $300 or $400 (a few tech reports suggest a price tag of $99 out-of-pocket with an insurance provider).

Google Glass could serve a number of purposes for the NYPD, according to Chief Information Officer Susan Merritt. “We think it could help impact patrol operations in New York City. We shall see,” she told VentureBeat in a recent interview.

The NYPD has yet to test Google Glass out on the streets, but it could hold lots of potential for police officers. While talking with someone an NY police officer has pulled over on the side of the street, Google Glass could aid in scanning the individual’s driver license or state ID to see if the person in question has a rap sheet or is wanted in a few states. Google Glass could help with license tag scans and quickly reveal to a police officer whether or not a person’s tag is registered, unregistered, or has expired registration. One potential idea behind Google Glass concerns facial detection, a concept that allows police officers to get photos of individuals in real time to see if a person has escaped from jail, has a warrant out for his or her arrest, and so on. Currently, the NYPD is using Samsung’s Galaxy S4 model in the field.

While there are some who seem somewhat skeptical about the potential behind Google Glass, the NYPD is giving it a shot. Containing the largest police force in the United States, the New York Police Department could heavily invest in Google Glass – and Google, with the Mountain View, California company gaining more profit than ever from this labor-of-love project.

Right now, the timing is very early, but Chief Information Officer Merritt is hopeful. “This is very interesting. Call us back in six months!”