It’s true: we love smartphones. No matter where you go, you can always see someone who’s got a smartphone in his or her pocket, ready to engage the world through an 8MP, 13MP, or 21MP camera at a moment’s notice. With Samsung’s Galaxy S5 presentation revealed last week at Mobile World Congress 2014, it became obvious to Samsung users (I, being one of them), that fashion matters to smartphone users. In this sense, we want our smartphone selection to become an extension of our personality and sense of style. In short, our smartphones have become a large part (though not all) of our identity.

Steve Jobs has been known in days gone by as one who wanted to merge the worlds of actual and virtual reality. His skeuomorphic look to iOS, which was abandoned by Jony Ive and his engineering team last September in favor of a modern and contemporary iOS 7 UI, made it seem as though your “Notes” application paralleled a real-life legal pad, or that, when you played a game in game center, you felt as though you were playing a real game of pool. Google has taken up the merging of actual and virtual realities; the result? Project Tango.

What is Project Tango? 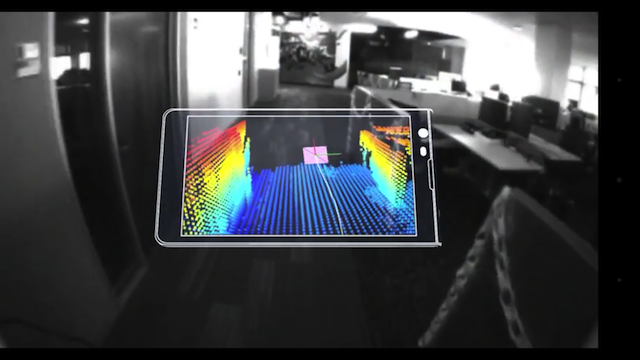 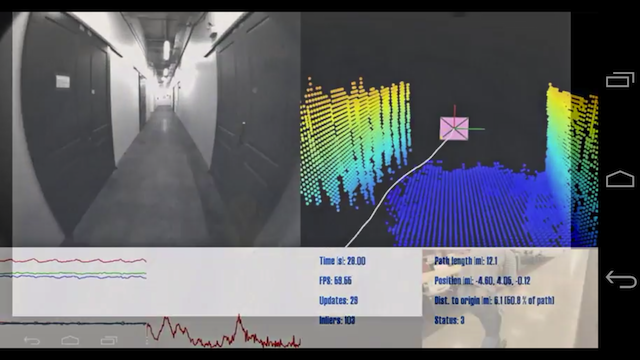 Project Tango is a codename for Google’s latest project that brings 3D mapping capabilities to our smartphones. This opens up a world of possibilities regarding how we use our “pocket companion.”  Project Tango is made possible through the efforts of the ATAP team Google acquired with its purchase of Motorola Mobility a few years ago. Google recently sold Motorola to Lenovo but retained the ATAP team behind Project Tango.

Project Tango enables us to use 3D indoor mapping capabilities to search for an item and know what floor it’s on – without asking a service representative to help us or point the way. Those who are visually impaired can know where they’re going and where to go in a given building or location with audible directions from their smartphones. Current smartphones have accessibility options for the impaired, but these relate to functions, buttons, and screens on smartphones. Project Tango would open up accessibility options regarding buildings and other structures. 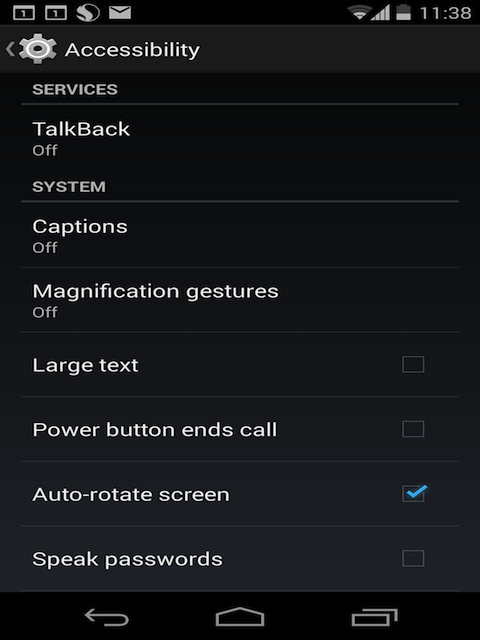 Google has other unique ideas in mind as to the relevant use of Project Tango:

What if you could capture the dimensions of your home simply by walking around with your phone before you went furniture shopping? What if directions to a new location didn’t stop at the street address? What if you never again found yourself lost in a new building?…imagine playing hide-and-seek in your house with your favorite game character, or transforming the hallways into a tree-lined path. Imagine competing with a friend for control over territories in your home with your own miniature army, or hiding secret virtual treasures in physical places around the world?

Google’s Project Tango allows technology to be not only useful, but also fun. Ingress, Google’s current game that’s got gamers excited and on cloud 9, does the exact same thing. I’ve got a friend who is addicted to Ingress and has encouraged me to play it around 100 or more times in the course of our friendship. He loves this game, and Project Tango will prove to be exciting to him, too.

I have long wondered why it is that we map the outdoors and surrounding buildings but have never mapped indoor floors. When in college, I remember having to look at a floor plan before hopping the elevator at the public university I attended in order to know where to go to find what author you needed to search for at any given time. I longed for a time in which indoor directions would be easier. It’s so simple to think about indoor mapping, yet indoor mapping has become such an untapped field in which Project Tango can advance technology significantly. 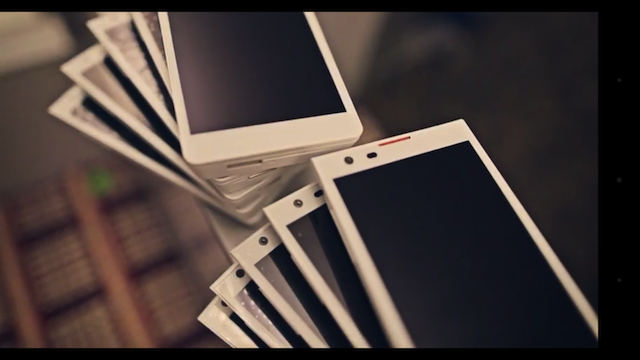 Currently, Google has 200 Project Tango developer smartphone kits it’s willing to pass out to corporations and entities (not persons at the moment, I’m afraid). The prototype 3D Project Tango smartphone comes with image sensors that allow the smartphone to emit “250,000 3D measurements every second and update its position in real time,” according to BBC News. A recent video shows that Google’s Project Tango smartphone is quite capable of effective 3D mapping — even though it only comes with a 4MP camera, a motion tracking camera, and 2x computer vision processors. Google will not send out these developer kits to home addresses or P.O. boxes, so you’ll have to request your developer kit to be sent to a corporate address.

Have you talked to your corporation or business about Project Tango? Have you spread the word yet? If not, does this new information motivate you to get your company or business involved?