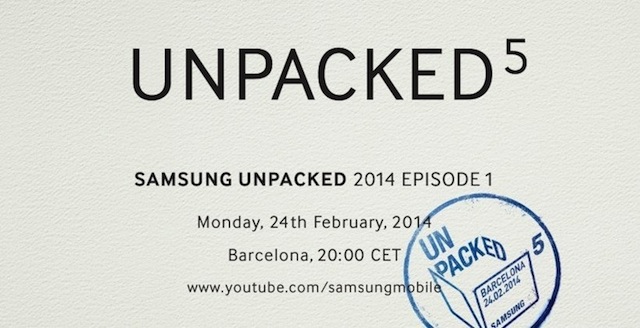 According to the invitation, Samsung has placed the word “unpacked” at the top (this being the keyword around which its presentation centers), with an exponential “5” above it – suggesting the name of the new Galaxy S smartphone from the company. Samsung need not tell us the name of the device because we’ve already seen the company unveil the Galaxy S, Galaxy S2, Galaxy S3, and Galaxy S4 devices. If the trend continues in the right direction, the invitation is clearly hinting at the Galaxy S5 nomenclature.

To add to the beast under the hood, sources say that Samsung will likely employ a least a 3,500mAh or 3,800mAh battery under the hood of the device, not to mention a 2MP front-facing camera and a 16MP rear-facing camera with optical image stabilization (or OIS) a fingerprint scanner, a 2560 x 1440p screen resolution, 3GB RAM, a 5.2-inch display, and will likely arrive with 32GB of onboard memory storage running Android 4.4 KitKat right out of the box. Samsung looks to bring its 64-bit processor chip aboard, seeing that the company (as always) will go head-to-head against Apple this year. Some reports suggest that two models will arrive, one with higher-end specs than the other, but we won’t know anything until the big day arrives. 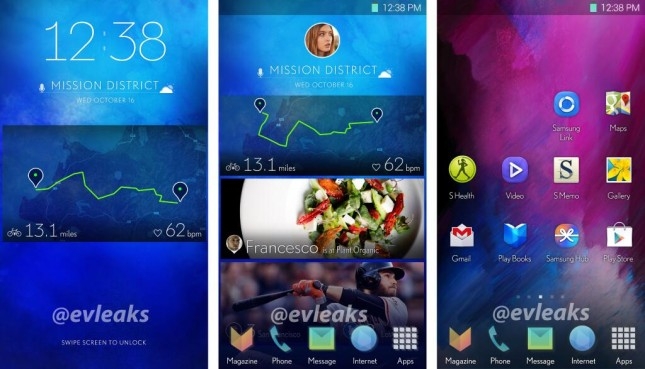 The New York Times confirmed today that Samsung will indeed launch the Galaxy S5, but will not have the iris fingerprint technology or the Quad HD resolution (2560 x 1440) onboard. Instead of something akin to the Broadway presentation surrounding the Galaxy S4 from last April, Samsung “plans a relatively low-key event for the Galaxy S5,” according to an inside source. Eldar Murtazin predicts that the Galaxy S5 will have the 2560 x 1440 resolution (560ppi), not to mention the Snapdragon 805 (Qualcomm) processor or its own Exynos 6 octa-core processor, 3GB RAM, 32 or 64GB of onboard storage, a 3.2MP front-facing camera and 16MP rear-facing camera, not to mention the 3,200mAh battery. Murtazin and the NY Times seem to agree on some things but disagree on others. It could be the case that even this late in the game, Samsung is still deliberating on some of these features and specs. 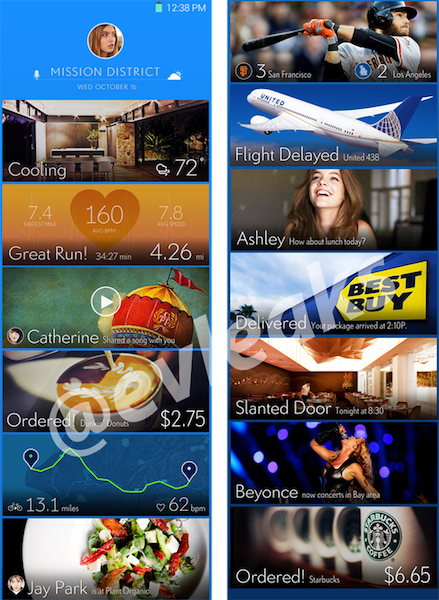 As with the Galaxy S4, Samsung will also unveil some Galaxy S5 variants as late as this summer, two of them being the Galaxy S5 Zoom and the Galaxy S5 Active, Samsung’s waterproof Galaxy model. The Galaxy S5 could come with a metal body and the company’s new trademark faux leather stitching and back plate. If so, you can expect to see the Galaxy S5 announced this April, with sales starting soon after.