The black Nintendo Wii was released just last year and in the first day that it launched, it really caused a lot of commotion. Since that day on, a lot of people have started talking about it and were curious and how it is different by other models out there and how they can get their hands on it as soon as possible. What excited people the most about this console is that it has a new color that has never been seen in a Nintendo Wii console: black. 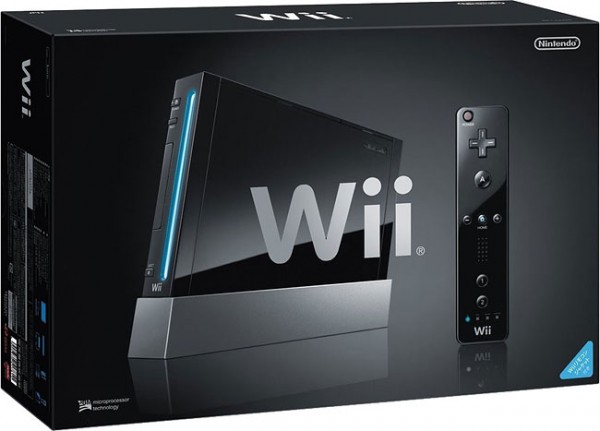 When it was launched, Nintendo stated that it will be just a limited edition, but when they realized the potential that they can have with this new release, they decide to make it a regular buy. So thus it was that the black Nintendo Wii has hit the shelves in the USA in May 2010. Nintendo has also stated that their console would be available in multiple colors, but no information was released in regards to what those colors might be. The Black Edition of the Wii comes 4 years after the original Wii was launched back in the day in 2006.

And of course, the basic question that anyone having a brain would ask is what the differences between the black Nintendo Wii and the white one are? Well, this will be a disappointment to some of the readers, but the only difference between the two is the color. Nothing more, nothing less. The sole purpose of having the black Nintendo Wii is to make users feel and think better when thinking about their Wii console.

The retail price that was considered for the black Nintendo Wii is stacked at $199.99 and it is the exact price that the original white Wii comes at. Both of the colors will feature a Nunchuk controller that will be fitting their color scheme, 2 Wii sports game packages & a remote motion controller. If you want to buy it as a standalone, you will not be able, as for the moment, only the bundled version is up for sale.

Buyers will realize that the Wii system will still have the Mii Channels access “online” and if you want, as a new feature, you will be able to have Netflix videos streamed. But if you will like to take advantage of this new option, you will need to subscribe to Netflix.