The evolution of technology has seen some amazing advancements in recent years and Microsoft has long been an industry leader in developing the way we interact with it. Microsoft isn’t a stranger to media attention and laptop reviews and IT professionals alike have continually been amazed by the company’s approach. We’ve seen a lot of advancements in touch-based tech but we’re also seeing a new trend in the field of movement-based developments with Microsoft’s new Kinect device. 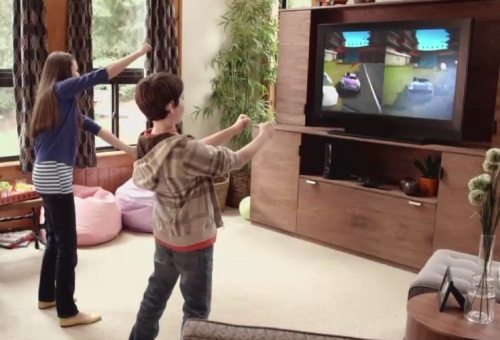 It seems that the near future is starting to look much like something you’d see in a science fiction film. With the development of Kinect, people are seeing one of those moments where the future has arrived. Kinect is a peripheral Xbox feature that offers gamers a way to interact with a game through their body’s movement. There’s no controller and there’s nothing for your hands. No more buttons or joysticks. A camera tracks the users actions, which controls an onscreen avatar. In some games players’ speed through obstacle course and in others you can control objects. Everyone’s excited about this new development but the question remains: how does it work?

Kinect, after all, isn’t magic though it may seem like it at first. It’s a completely innovative combination of cameras, microphones, and software that transforms the human body into a living controller. The word Kinect was, in fact, inspired by the word “Kinetic,” which means to be in motion. But it’s not just about motion. There is a voice-activation feature that enhances the interactive experience. It uses camera and microphones similar to that of a webcam, which can also be applied to Xbox Live’s online features. It’s not just about gaming. Users can play games, flip through sporting events, or interact with other players online. Kipman, one of Kinect’s developers, stated that, “Our objective was to really transform it from this old world where we had to understand technology and really usher forward us into this world where technology disappears and it fundamentally understands us.”

Many are already seeing the potential future with the further development of such technologies and it’s likely that their uses will bleed into many other facets of our daily lives. With the improvement of motion-sensing technology we might even see ways in which users can interact with computers at work or school. Everyone remembers one of the first inceptions in the film, “Minority Report”. It seemed so foreign at the time but we’re likely to see its implementation in the next few years. It will likely change everything from the way we read our emails to our ability to develop new technologies and programs. It’s an exciting future that awaits on the horizon as people continue to interact with technology on an increasingly personal level.