Apple likes to bring something new and enchanting every year and over the last few years they have continued this legacy by introducing new versions of the most wanted gadget known eloquently as Apple iPhone. This time they have introduced a much slimmer and advanced Apple iPhone 5 which has many advantages over its equally impeccable predecessors.

The most highlighting feature of this iPhone improvisation is the enhanced performance, display, design and most importantly the featured iOS 6. Apple iPhone 5 has effectively managed to satisfy its loyal customers but there is also a downside to it. There are many posts discussing the con’s of this New Apple iPhone 5 but we have decided to highlight its more positive aspects, particularly the best iOS 6 Apps. 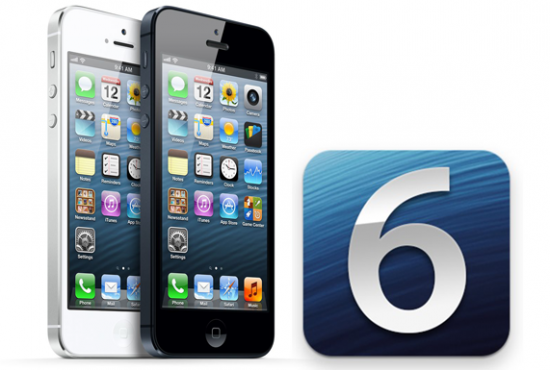 In this post we have collected 6 best iOS 6 apps

A separate app for Youtube has been brought up in iOS 6 and is available free on iTunes App Store. The sharing and many other standard Youtube features have been added in this app to let you enjoy an enhanced video experience on your Apple iPhone 5.

A much deeper integration of Facebook has been done on iOS 6 and this eventually enhance sharing experience on Facebook and eliminated redundant popups and permissions.

iPhoto needed a powerful hardware like in case of iPad 2 and this has now been achieved on iOS iPhone 5 and that with an extra inch of display makes iPhoto more convenient and productive to be used on a smartphone. iPhoto has been customized for iOS 6 and works with iPhone 5’s perfect amped up camera and is capable of handling images of  36.5-megapixels. The app also has a laundry list of new features and fixes to go with its first big update.

iMovie has modest improvements and customization but they effectively manage to the best on a Smartphone. iMovie is capable of shipping 1080p HD video off to YouTube, CNN iReport, Vimeo and Facebook. These and many other features in conjugation with iPhone 5’s 4G  allow you to upload higher quality videos to the internet.

Garage Band has also been customised to fit smartphone uses and the are many additional features on this version of iGarage on iOS 6. You can create custom ringtones, notification alert sounds and customize them perfectly by actually editing the song you want to hear.

Apple has enhanced almost every hardware and software front on Apple iPhone 5 and this gives rise to a comfortable and more powerful gaming experience with enhanced graphics and performance. Apple demoed Electronic Arts’ Real Racing 3 when it announced the iPhone 5, which will undoubtedly be both beautiful and great for online gaming. But since it’s not out yet, maybe try a little sword and sorcery instead with Gameloft’s Order & Chaos Online. You will also get a chance to enjoy the famous MMPORG games like World of Warcraft especially because of quality graphics, performance and faster 4G/LTE and enhanced Wi-Fi connectivity.