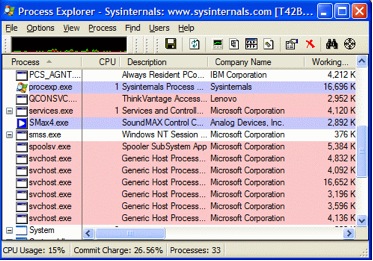 What is svchost.exe and what is it that it does? The svchost.exe is a Windows system file and it performs several tasks in the Windows. This is the file that is responsible for automatic updates, running plug and play devices, Windows firewall, Themes, and running various other vital process. Normally people who experience system slow down frequently is those who have the automatic updates option, on. It is normal to let the automatic updates on, but sometimes multiple svchost.exe files can be seen running on the system that can eat-up almost all the CPU resources.

Reasons of the Multiple svchost.exe Running:

Before you run the patch on your system, you have to make sure that your system is slowing down because of svchost.exe. You can confirm the condition by pressing Ctr+Alt+Del simultaneously to open Windows Task manager. Once task manager is in front of you, “processes” could be opened to see svchost.exe. If you svchost.exe is creating a problem for you then you will see that the file is using 99% or sometimes 100% CPU resources.

How to Fix the Problem on XP Operating System?

The first thing you have to do is to connect your system with a fast internet connection. Once you have connected to the internet, you can visit the official website of Microsoft or you can google the phrase “WindowsUpdateAgent30-x86.exe” to download it. Download one more file that says “fix_svchost.bat” and save both files on your C drive. There is one more file that you have to download and that is of WindowsXP-KB927891.exe. Once you have saved these files on your system, restart it into safe mode by pressing F8 before Windows starts, if you don’t know for instance.

One thing more that once the process finishes the black window will close itself, hence you don’t have to do the hassle of closing the black window, so just sit and watch. Once the black window goes away, grab the mouse again and go to “run”. Here you have to find that “WindowsUpdateAgent30-x86.exe” file you have saved on your system earlier. Run the file and follow all the prompts.