Android in addition to all the cool new and unique features also introduced an intuitive Pattern lock in 2008 which is pretty easy to use but more complex to break than traditional four digit Passcode. Despite its ease of access and improved memorability most of us still manage to forget the Pattern lock and that is where bypassing Android pattern becomes necessary. There are various methods by which you can bypass Android pattern lock and the method that is effective specifically for you will be determined by various factors including the level of  smartphone customization.

In this post we have collected all the methods you can dispense to bypass Android Pattern Lock should you find yourself on the dreaded “Too Many Pattern Attempts” screen. 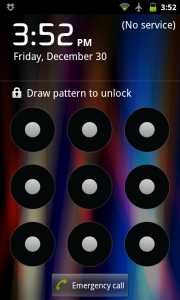 Step 1: Exceed the limit of Pattern lock tries by guessing the pattern for more than 5 times.

Step 2: The above step will lock you out of your device and you will be prompted to try again later.

Step 3: You will now also notice a new button near the bottom which reads “Forgot Pattern”

Step 5: Now, if you were lucky and smart enough, you might already have created and linked your Google account with your device. If that is the case, you simple need to provide the same username and password and tap “Sign In”. If not, you can use the other methods discussed in this post.

Step 6: When you are Signed in you will be prompted to draw and choose new Unlock pattern.

Step 7: Draw a new memorable Pattern and tap on confirm located at the bottom right corner.

Step 8:  You have now successfully  completed bypass Android Pattern Lock process and you can easily access your device now with the new Patter lock you just created.

A more technical way to bypass Android pattern lock is to follow the method developed by senior XDA-developer m.sabra. For this method to work there is only one pre-requisite and that is, your should be enabled with USB debugging, a feature which is activated from Settings>Security. You also need to install ADB on your desktop for this method to work which usually comes bundled with Android SDK. 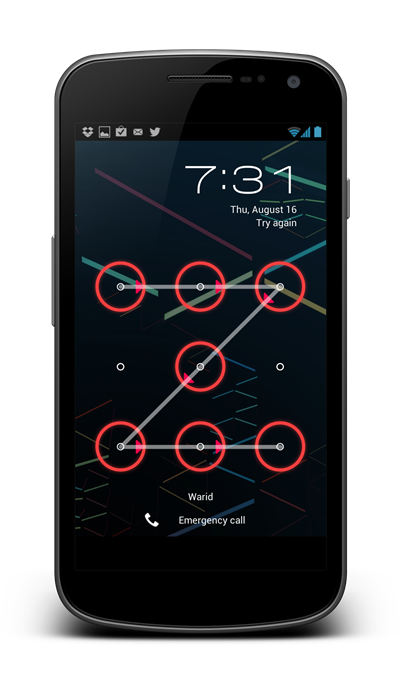 The gist of this method is to change the value of variables lock_pattern_autolock  andlockscreen.lockedoutpermanently to 0. Alternatively , one can also simply deletes gesture.key under/data/system.

For a detailed Step by Step guide on this method you can refer to the thread on official XDA-Developers. These two technical methods work for everyone with USB debugging enabled and an only exception is when only one method doesn’t suffice the purpose. In that case the developer suggests running the first one, rebooting, and running the second one and then a final reboot to bypass the Android lock screen.

It is quite evident from this simple method that any person who has basic working knowledge about ADB can unlock your  Android device with ease. So, it is recommended that you deactivate USB debugging as soon as you gain access to your device.