About four years ago, a man named Drew Houston started up a small company in the Silicon Valley and named it Dropbox.  Dropbox was officially launched at the TechCrunch50 in 2008 after securing funding from the Y Combinator. The idea behind Dropbox was quite simple, although the implementation involved a lot of complexities. It allows you to put all files in a single place so you can access them from any place at any time. The idea was actually quite good. Dropbox today has more than 50 million users around the world and this number is quickly growing.

Without a doubt, Dropbox is the most popular and widely used tool for storing and sharing file repositories on the internet. Users around the world use it for sharing files in bulk or simply use it as a backup tool. Although the company did suffer a setback recently because of a security problem that affected a few accounts, it has definitely not slowed it down. This only goes to show that the service offered by Dropbox is not rivaled by another company yet.

What Do You Get with Dropbox?

When you create an account with Dropbox you get 2 GB default storage along with additional storage for activities and referrals. The basic account is free but you can also sign up for pro packages for $99- 50 GB and $199- 100 GB per year. It allows public and private sharing of files and does have excellent photo features. What makes Dropbox unique is its visual style. The online folder and file listing is very clean, streamlined and uncluttered. Learning how the icons work is simple and you wouldn’t need to worry about anything else. 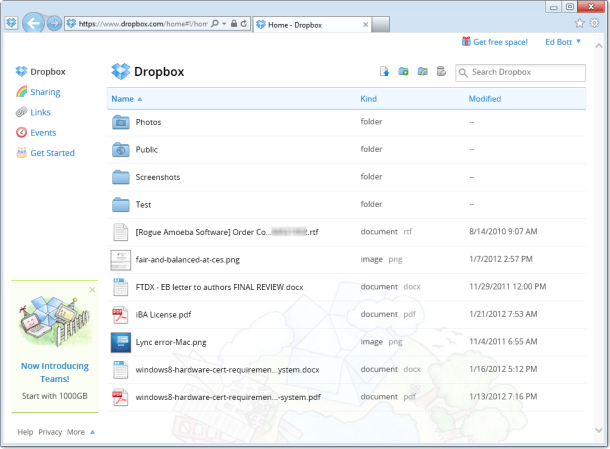 Dropbox performs exceptionally well and its focus is on keeping things simple for the users. The new features that are introduced make it easier for users to share and view their photo galleries online. While some people have been concerned with the security of Dropbox recently, there is no question that the company is committed to delivering an exceptional experience to its users. The company has also made substantial investments to extend its service capabilities for sharing, organizing and uploading digital photos. Users can also include links to Twitter and Facebook and do much more than any other online backup solution.